Fears that a squad of untrained rookies would have to be sent into danger while a chunk of the team rested in their hospital beds proved to be unfounded.  Nearly four quiet weeks passed with the XCOM satellites watching the skies and agents pouring over information from around the world.  The North American base took that opportunity to move forward with construction and research.

The new alien was dubbed a Thin Man and an autopsy was performed providing new anatomical information.  Weapons and materials were analyzed and word spread of possible new armor and beam weapons.  Leadership underwent training and the squad size was expanded from four to five.  Finally, the governing power, The Council held their monthly review and found the work, so far, to be excellent.

The project gathering the most attention from the Earth Monkey Strike Team was the space set aside for building an “alien containment unit.”  Everyone knew what that meant and word got around from the tech division that a new item called an Arc Thrower was being built so that some “lucky” soldier could “stun” an alien into submission.  Needless to say, the team was “thrilled” with the idea.

On April 7th, word came in the aliens had resurfaced.  Three simultaneous attacks across the world.  The North American base chose the abductions occurring in China and within an hour the Strike Team was decided and the SkyRanger prepped for Shanghai.  Word came down from command that an objective would be added, use the Arc Thrower to stun and capture a live alien.  One Arc Thrower was issued to Corporal Norris, the second was issued to Squadie Hughes who actually volunteered for the job.

With four experienced soldiers heading in with new equipment, it was decided to give the bench some depth and Rookie Bledsoe was given some time at the plate.

The team landed at 1:33 am in a Chinese railyard.  Operation Swift Daze was underway and it appeared to be aptly named. 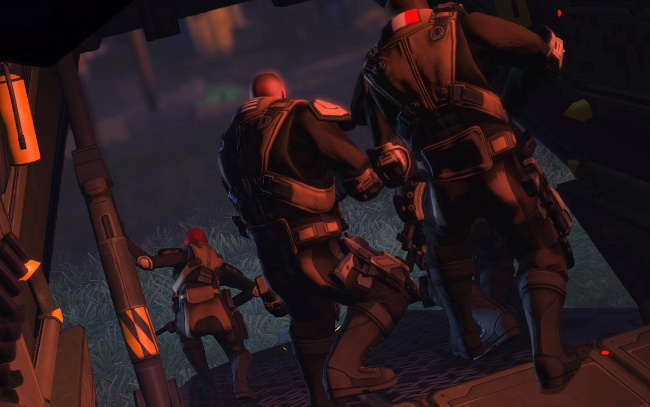 Another new alien species was discovered, this time an odd half alien, half machine creature that could fly.  They’ve been dubbed “floaters.”  The squad seemed concerned for all of five seconds before Corporal Hughes demonstrated that gunfire seemed to work just fine in putting them back on the ground. 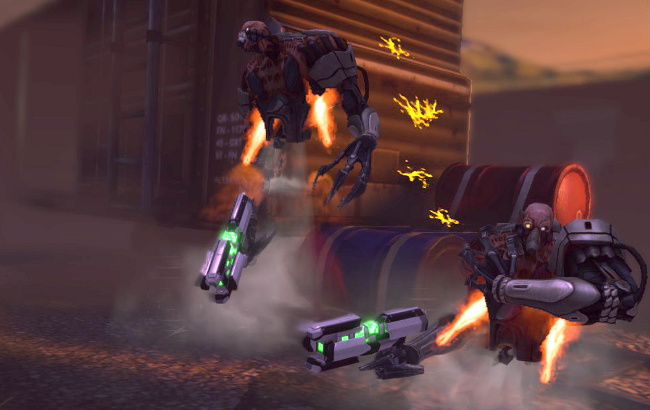 After an intense exchange of gunfire, the floaters appeared to also be bad shots and Sgt. “Combo” Niedzwiecki was able to drop the last floater.

Afterwards, Sgt. “Hardcore” Norris reminded everyone they had come all the way from China to “catch one alive.” and that he hoped there would be a few more.  Hughes retorted by patting her Arc Thrower and saying, “Got my Pokeball right here, Sergeant.”

The Earth Monkeys continued their sweep of the graveyard and for a moment thought the mission was over.  Finally, Sgt. Norris, advancing on the left flank, spotted two sectoids trying to disengage.  The team went into action and Sgt. Norris and Squaddie Hughes armed their Arc Throwers.

With the team in position and the sectoids flanked, Sgt. Norris agreed to charge in first as he seemed to have the most experience charging face first into “shit storm crazy,” and reminded everyone they had given the tag “Hardcore” for a reason.  All agreed and “Hardcore” made his move.  Unfortunately, the sectoids made theirs as well and as Sgt. Norris charged the sectoids retreated further.  The result was he found himself out of range of his arc thrower and in close range of two dangerous sectoids.  Left with minimal cover and at close range he was a sitting duck.

Realizing what was occurring, Rookie Hughes dashed forward through a freight car, putting herself in the clear and open while yelling as a distraction.  She fired on one of the sectoids but missed.  Regardless, her move worked and at least one of the sectoids focused on her.  Sgt. Niedzwiecki was able to put down the other sectoid with his assault rifle, leaving only the one focused on Hughes. 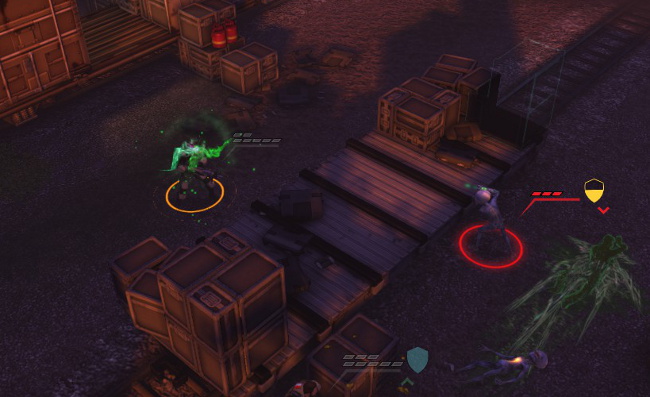 Rookie Hughes then took a massive blast from the remaining sectoid and staggered backwards obviously wounded.  Distracted, the shot gave “Hardcore” enough time to close the distance and fire his arc thrower.  In a flash of ball electricity the sectoid collapsed, twitching and nearly unconscious.  Rookie Hughes then collapsed (with only 1 point of health left.)

Except for the near death of Rookie Hughes, the mission was dubbed a full success as the sectoid was secured and transferred back to the North American base.  All squad members had performed admirably and Rookie Hughes’ action to possibly sacrifice her life for Sgt. Hughes did much to rectify the rookie’s past actions.  Upon return to the base she was transferred to the med unit and was expected to make a full recovery after approximately two weeks.  She was also promoted to Corporal for her actions during the operation.

The sectoid was transferred to the new containment cell and current plans are being implemented for interrogation.

He looks SO MAD.

With several members in the medical wing, two new recruits were pulled into the action.  One had seen limited action, the second, Rookie Brandie Roberts had seen none at all. 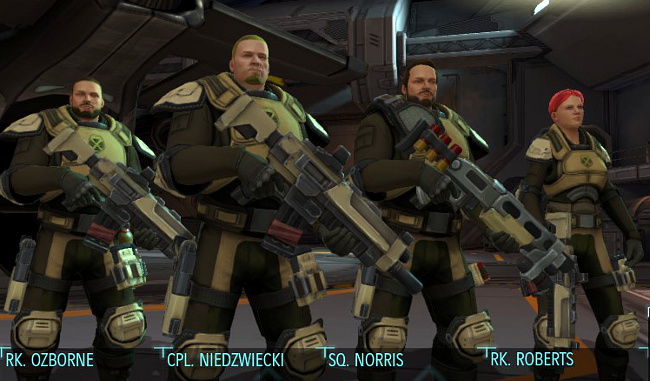 Reports came in that a sweep and clear assignment was needed in Alexandria, Egypt and Earth Monkey Strike Team scrambled a squad to address the problem.  Directly after landing contact was made with a small group of sectoids.  Almost before the Ranger’s jets had cooled, Rookie Roberts had her first kill while Assault trooper Norris cleaned up the other.

Within minutes, Operation Shattered Engine was a complete success and the team was riding high on the way back home.  Once back at base, Rookie Roberts was promoted into the Sniper division and Rookie Osborne was assigned as a Heavy class trooper.  Norris was promoted to Corporal.

However, the fun times did not last.  The terror level had spiked horribly in South America and a report came in that aliens had planted several bombs on a key bridge in Brasilia, Brazil.  The objective of Operation Dark Line – to neutralize the enemy threat, find the bomb’s location on a large bridge and disable it.  Led by two corporals, Niedzwiecki and Norris the same squad was sent in to handle the problem.

END_OF_DOCUMENT_TOKEN_TO_BE_REPLACED

After XCOM satellites picked up an alien craft over Colorado (probably over Denver, you know?) a Raven was scrambled for an intercept. After interecept the Raven downed the alien ship which then crash landed in the Colorado wilderness. 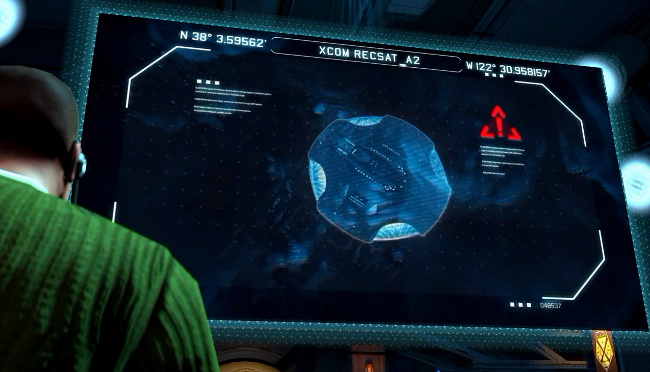 Almost before the craft hit the ground, the Earth Monkey Strike Team was scrambled and assigned to the site.  the objectives of Operation Brutal Stranger – survey the site, eliminate hostiles and gather alien technology. Assigned to the mission were the following XCOM Agents, Niedzwiecki, Roberts, Hughes and the newly healed Squaddie Norris. 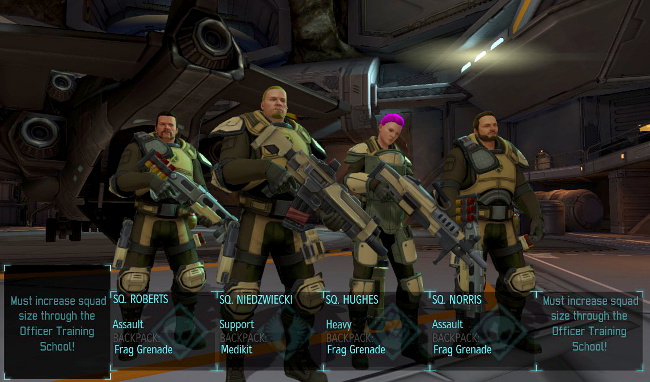 Upon landing the team was able to locate the craft easily and found it relatively intact.  While closing distance to the craft, Squaddie Norris and Hughes reported a new, hostile alien life form comprised almost entirely of energy.  The creature was within the ship and aware of the team.  As the squad moved into position another two sectoids were reported within the vehicle.

END_OF_DOCUMENT_TOKEN_TO_BE_REPLACED 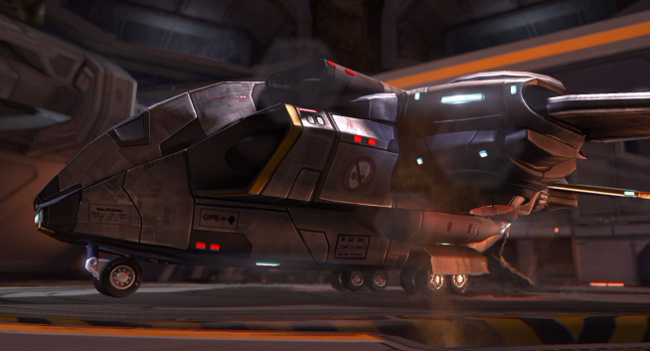 It all started when a friend of mine gave an end game report for his “Band of Brothers” run through playing X-Com 2.  The Band of Brothers idea is quite simple in that you name your team members from a list of willing, personal friends.  His write-up inspired me and one Facebook post later, I had a full crew of willing friends ready to go fight aliens with me! (Well, at least use their names and possibly set them up for horrible virtual death and/or mild embarrassment.) Not having,  X-Com 2 I fired up my well-loved copy of X-Com: Enemy Unknown and got things started.

At first I thought I would put up mission reports, etc for entertainment value on Facebook for everyone to chuckle over.  Then, thanks to another helpful friend, I was reminded that, duh, I have a game blog!

And, as far as intro, that’s all you get.

END_OF_DOCUMENT_TOKEN_TO_BE_REPLACED

(This was posted on the Yoteden back in the summer of 2013.  Enjoy and if you think I should do something like this again, let me know!)

Over the July 4th holiday weekend, my family reserved an afternoon and evening and busted open our copy of Arkham Horror with 2 extra expansions.  As an experiment, I started running a live-feed Twitter log of the gaming fun.  The game ended up being a total grind and lasting 9 hours.  The first tweet occurred at 2:28 PM and the final game win was announced at 11:22 PM.  We had two extended breaks in there as we had to break to stretch our legs as well as dealing with our jealous puppy who did not understand why he could not play as well. I’m betting, when you figure in the breaks, it was only 6 hours of game time. Snacks were consumed, walks were taken and, in the end, Yog-Sothoth was held back from coming into our reality. 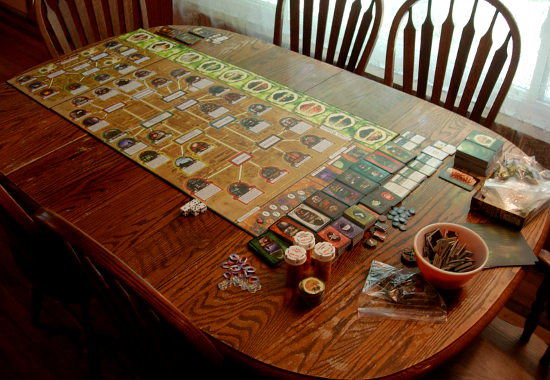 Below I present, in order from first to last, the twitter log that was generated.  I enjoyed seeing it all together more than I thought I would and it really does work as a journal of the experience.  I see places where I wish I would have added more and ways I’ll improve it should I do something similar in the future.

Anyway, I present it here for your reading enjoyment including the pics taken and posted as part of the log.  I also removed the overly repetitive #SummerArkham hashtag I used to organize it all on Twitter.